Here is a quick report of your trip:

Here we are on the road again, dancing to the rhytm of the pedal. Verbania/Piombino, here is where we take off on the journey to reach Corsica.

Voghera is our first stop, once again shoutout to warm showers. A shower, laundry, dinner and breakfast the following day. Simple great pleasures! The following day we’re up at dawn since we are to face a challenge named Passo Penice, altitude 1149m. The road is not indulging on us but our eyes are filled with colors, scents and great landscapes. We quickly get used to the up and downs, starting with the Passo del Bracco in the middle of a summer storm and then La Spezia, Viareggio, Livorno,until we reach  Castagneto Carducci where our friends Fabio e Francesca offer us hospitality in a beautiful countryside cottage.

The following day we get to Piombino, where we board on a ferry headed to Corsica around 19.30 with a scheduled stop at the Elba Island. We are running late so we don’t reach Bastia until 22.00. We mount on our bikes while is already dark outside on a mission. We need to find a camping site, there it is!
At this point in time we are on our sixth stop, in Corsica.

I am immediately fascinated by the crystal sea, the green around us and the amazing coast. We ride north throughout the large majority of the French coastal side, from BastiatoAjaccio. We proceed further up towards the tip of the Island in Porticciolo, where the cliffs cut right through the clearest of the seas while a few boats sail the waters, looking like pearls in the sun. The warm wind on our skin feels like a soft, tanning caress. Calvi, Olmo, Col della Croix, Ajaccio until Bonifacio.

We then board on a second ferry headed to Sardinia, just as wonderfully wild, where we ride from Alghero to Cagliari. It is really difficult to deal with the warmth at that point but the beauty of the surroundings is of great motivation to us. The scenario is rather similar to what we saw in Corsica, where the coast overlooks the sea generating a truly breathtaking contrast of colors.

It is now time to make our way south. We took a quick detour and visited theSant’Antioco Island, which we rode in the entirety of its perimeter of about 45km, before learning that a chilled, northern wind is on the way. We continue towards Teulada, where Massimo and Michela are waiting for us. The lovely couple are Davide’s aunt and uncle and Davide is Evelina’s boyfriend, daughter of Tiziano.. They take us to their countryside house, where we are free to move independently.

The shower is located literally in the garden, surrounded by cucumber and tomato plants. Tiziano didn’t miss the chance to quickly go through an entire bottle of the local red wine, Cannonau, all by himself to then eventually find rest on a hammock. The following day we are heading back to Cagliari where we can board on a boat to Palermo, Sicily.

We cruised in the heart of Sicily, appreciating the colors and the scent of its wide range of world famous produce: orange groves, olive groves, wineyards and cultivations of prickly pears, aubergines, peppers, tomatoes, watermelons and melons. An true blaze of colors. We finally get to Palermo in the morning. Right outside the city lies the steep road that leads us to Termini Imerese, Marianopoli, Caltanissetta, Mazzarino.

Once we reach Catania, we proceed towardsMessina.

We are on a ferry again to the mainland, Calabria where we land shortly after inVilla San Giovanni.

That is the tip and heel of the Italian boot-shaped peninsula, Reggio Calabria, Taranto, Lecce.

Puglia is truly beautiful, with its olive groves shining like silver lingots in the summer sun.

Alberobello though, seems to be a place off of a fairy tale, with its typical white trulli.

We climb the country North moving from Vasto to the Appennini. We pass byL’Aquila, still suffering from the consequences of the devastating earthquake of 2009. We are lucky enough to ride throughout some other fine places such as Perugia, Assisi, Firenze. Our tour around the country ends back in Verbania where we are welcomed by a refreshing rainstorm after all those days in the sun. 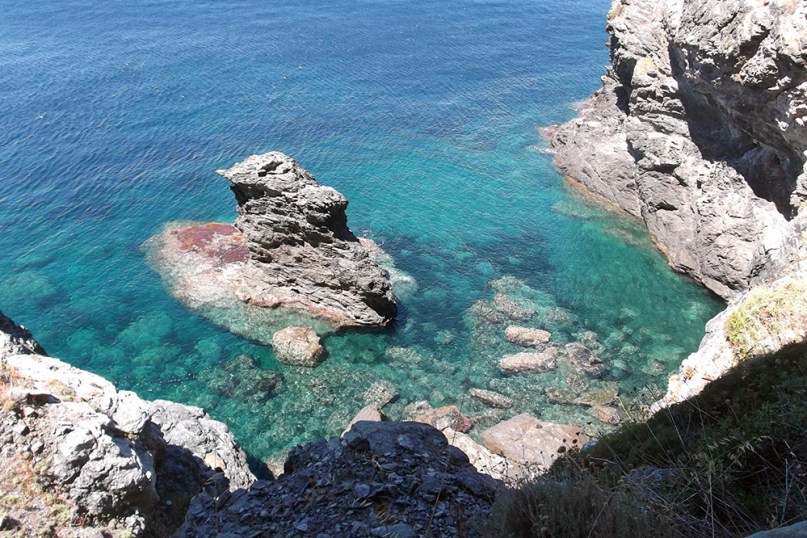 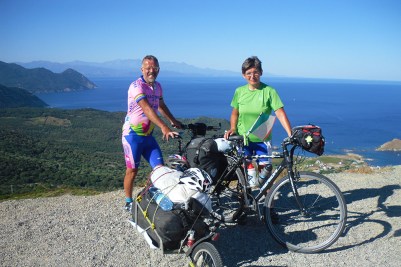 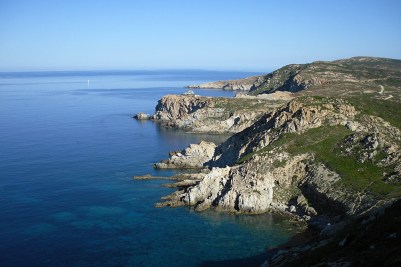 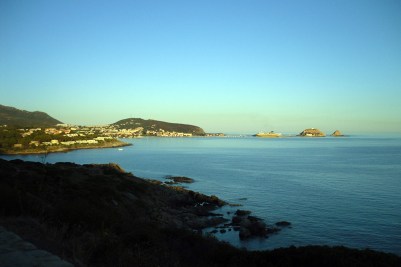 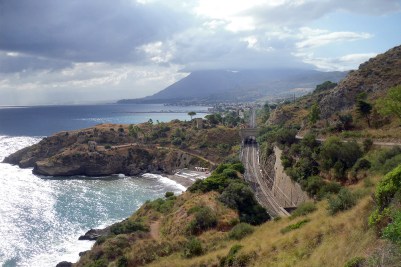 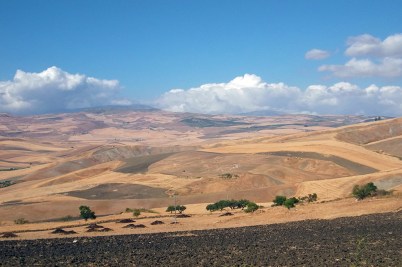 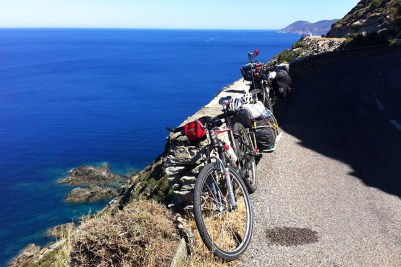 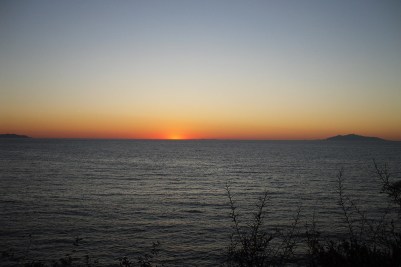 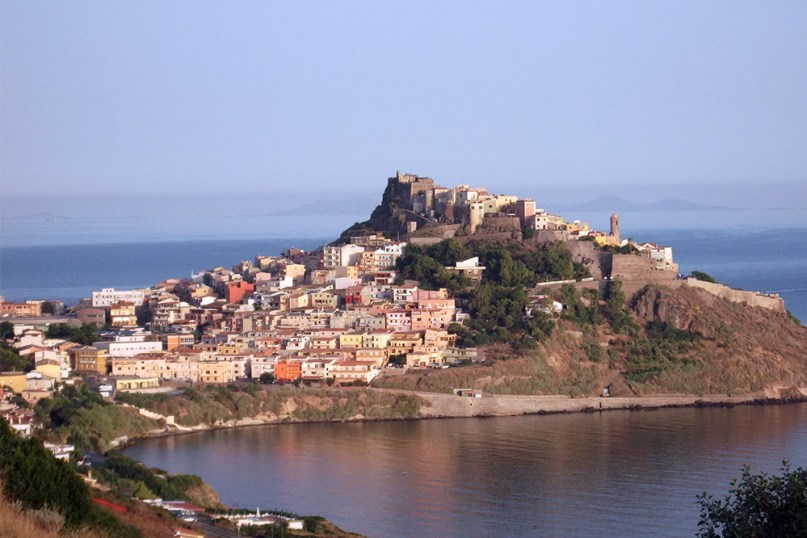 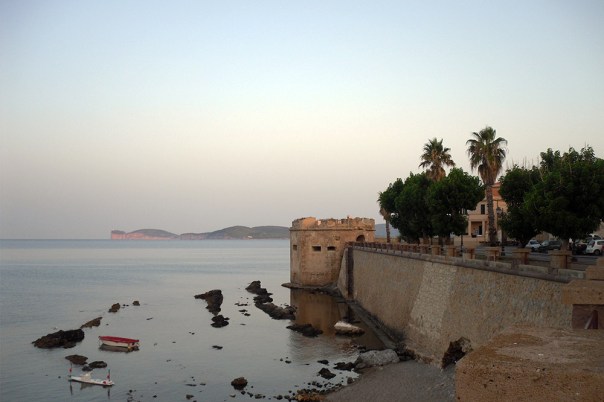 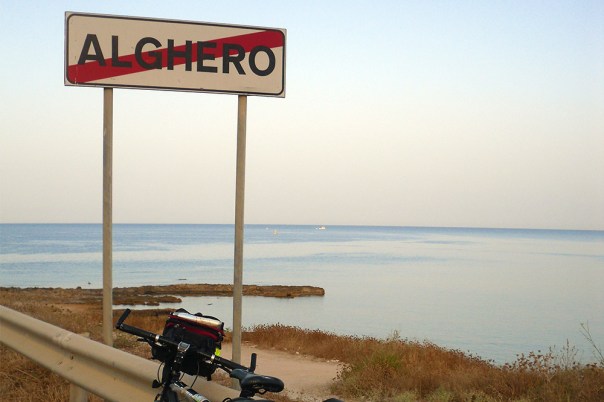 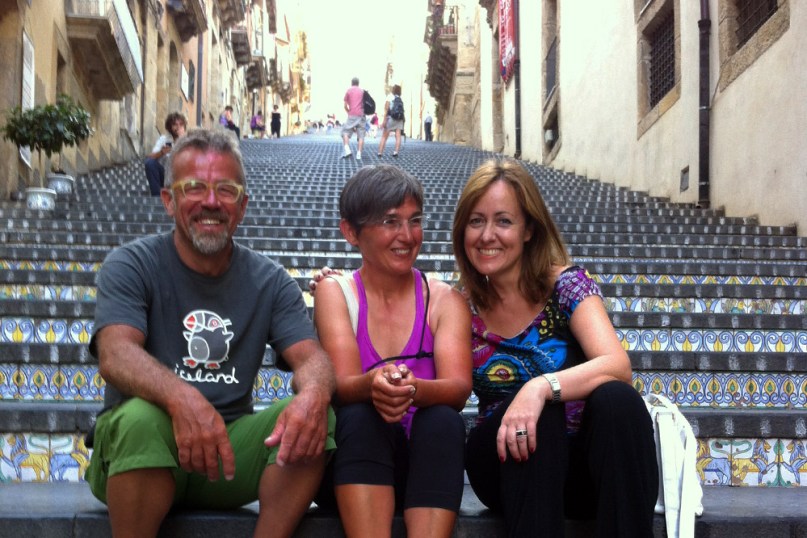 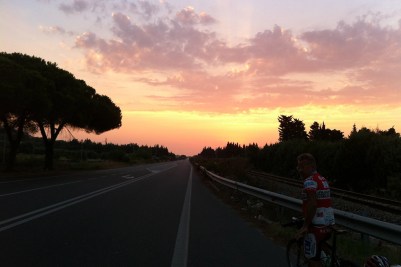 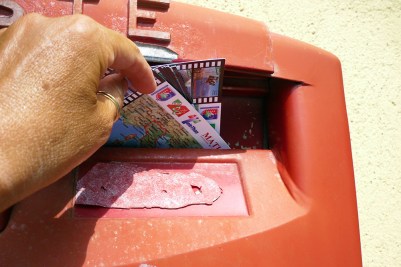 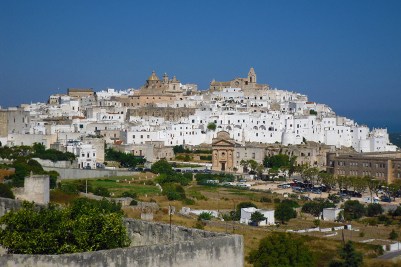 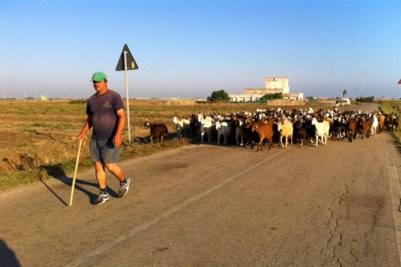 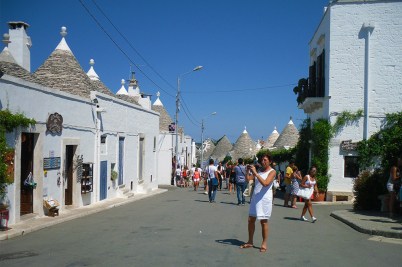 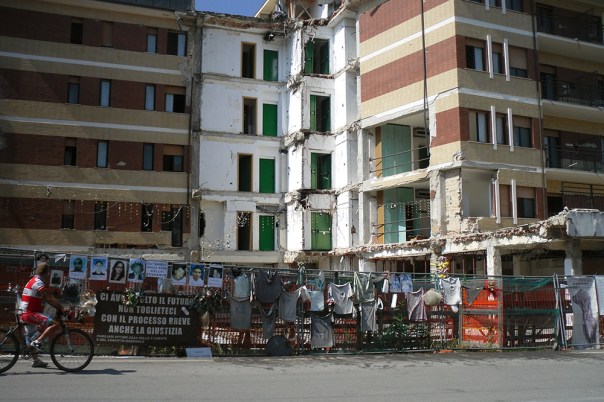 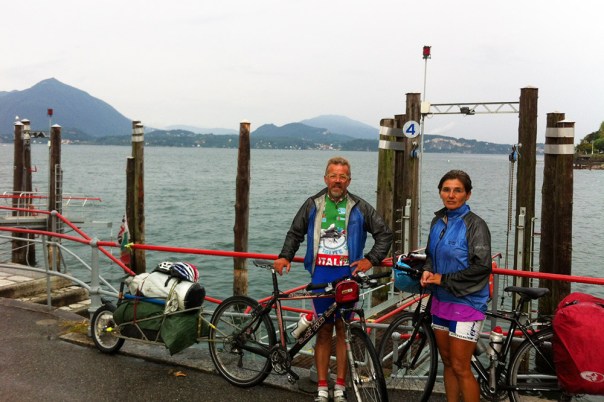